Our mission is to collaborate with the most distinguished colleagues across the country, tell our magnificent stories through song and nurture the young voices who make up Gondwana Choirs.

From our beginnings 30 years ago, creativity has been a constant. Through the vision of Artistic Director and Founder Lyn Williams, Gondwana Choirs has created an entirely new genre – Australian choral music.

We take pride in our long-standing collaborations with Australian composers and Indigenous communities that connect our young choristers to their land and its cultures. 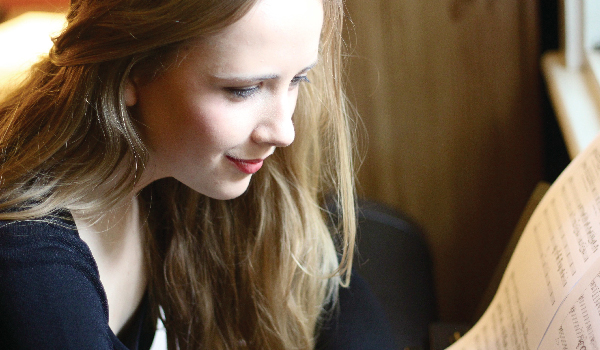 The list of new works, commissions and world premiere performances below is evidence of the extraordinary impact Gondwana Choirs has had, and continues to have, on Australian creativity.

Elliott Gyger
I am not yet born
Fire in Heavens
Josie Gibson
Things That Go Bump in the Night
Christopher Gordon
Joy to the World
Onwards and Upwards
Peace on Earth
Mud Song
Spin Globe Spin
Song of Hope
Fyfe Hutchins
A Stray Dog for Congratulations
Paul Jarman
Ancient City
Australia Day Suite
Heritage in Song
Icarus
The Will to Climb
Towards Infinity
Turn on the open sea (includes Shackleton, Sea of Berries, Volta do ma Largo)
Elena Kats-Chernin
Butterflying (piano version)
Butterflying (orchestral version)
Deep Sea Dreaming  (original version)
Deep Sea Dreaming (piano version)
Doo
Meeting the Sun
Memorial Rag
When I Grow Up
Gordon Kerry
Requiem Tropes
For Those in Peril on the Sea
Rubina Kimiia
Many Voices, One Dream
(with Sally Whitwell)
Voice in me
Corey Kirk
Corey’s Song (arr. Lyn Williams)
Annie Kwok
I am not a number
Living the Dream
My Corner of the Sea
Travelling
Waking Dreamer
Who am I?

Composition and creativity has always been a key component of Gondwana Choirs, and the organisation is proud to have commissioned and/or premiered over 150 new works by Australian composers over our 26 years. Through the Sydney Children’s Choir, our weekly training program based in Walsh Bay, we engage our 500 young choristers and their families in the composition process, as they contribute to the creation of new work, each year focussing on a different local cultural partner. This program provides valuable cultural and educational opportunities to our choristers. We aim is to ensure that Sydney’s finest cultural and historical institutions are accessible to our choristers and design our collaborative projects so as to inspire our choristers; the composers and performers of the future.

Through the Composer in Residence program, the composer is commissioned to write a suite of works about the cultural institution or partner of our Sydney Children’s Choir ensembles, ranging from Junior training to Senior performing choirs. They will research the history and stories of the partner, and facilitate workshops with our choristers, engaging them in the composition process. During the composition process, all choristers will visit the cultural institution for tours and activities facilitated by education staff. These new works will be performed by the Sydney Children’s Choir ensembles as part of our regular concert season and, whenever possible, also at the cultural institution partner.

In some years, the program is dedicated to an emerging composers group, typically younger composers completing their undergraduate or post-graduate degrees who are eager to gain practical experience writing for voices and vocal ensembles.

Ella Macens is one of four female composers who participated in the inaugural National Women Composers’ Development Program at the Sydney Conservatorium of Music. Over the course of the two year program, Ella worked with The Goldner String Quartet, The Tasmanian Symphony Orchestra, Sydney Philharmonia Choirs and percussionist Claire Edwardes, as well as a variety of other soloists and ensembles.

Ella has been composer in residence with the Sydney Youth Orchestra and Trinity Grammar School, and has received both national and international commissions for a variety of ensembles. Her portfolio of chamber, orchestral, choral and solo works is performed in both Australia and Europe and her compositional style is heavily influenced by both classical and popular music genres.

As a solo singer-songwriter, Ella composes music in a popular music style for piano, voice and ukulele. She is also a part of a duo with Melbourne-based musician Ivars Štubis, and together they celebrate their shared Latvian background by arranging and performing traditional Latvian folk songs alongside their original acoustic works. Ella composes music for film, television and multimedia, and is currently working on a score for a new game, set to be released in 2017.

In 2016 -2017, the Composer in Residence was Australian composer, Alice Chance. Alice is a talented young composer with a proven strength in writing for vocal ensembles. Further to her composition studies, she has benefited from participating in the Gondwana Choirs for much of her musical education. Alice has received commissions from a number of arts organisations in recent years, and in 2012 was highlighted as an emerging composer for Gondwana Choirs.

Through the SCC Composer in Residence program, Alice partnered with the Barangaroo Delivery Authority to produce a series of original compositions that responded to the Barangaroo site. Alice composed six original songs for various ensembles within Sydney Children’s Choir, with each song representing a moment in Barangaroo’s rich and diverse history. The culmination of this partnership was a twilight concert at The Cutaway, attended by more than 600 people and featured the Sydney Children’s Choir and Inner Sydney Gondwana Indigenous Children’s Choir led by Lyn Williams. The performances were enhanced by large screens with animations reflecting each song.

My corner of the sea
Travelling
Living the Dream
Who am I?

2013 Emerging Composer Group and the State Library of NSW

2012 Composers in Residence Luke Byrne and the Sydney Powerhouse Museum

2011 Composers in Residence Ruth McCall and the Royal Botanical Gardens